I thought, as the one year anniversary of COVID approached that I’d be winding down photography and eventually figured that I’d do one last photo — of the first nurse I photographed, one the one year anniversary of my first photo, I’d talk to her and then that would be it. Hidden City Philadelphia was the first place that wrote about this project so I asked if they’d like to host the followup and they agreed. So, on March 26th, 2021, I met up with Margaret in the same place I’d met her a year before and did another portrait of her (Hidden City article here). 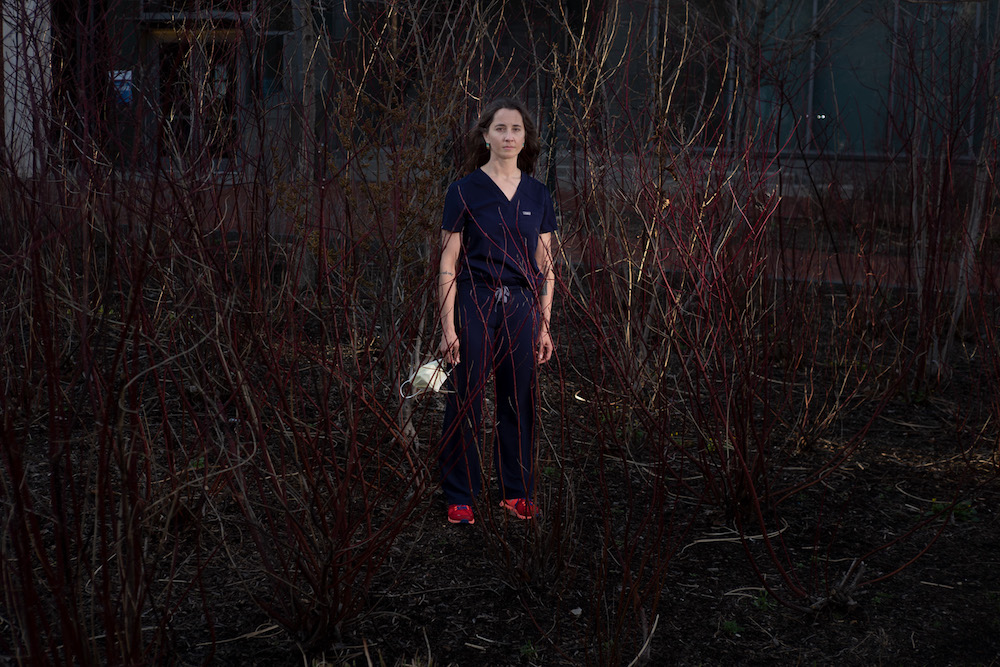 Things have changed a bit for her. Her unit has transitioned to helping long-haul COVID patients recover, people who’s lungs have been so destroyed by the disease that they need new ones.

It’s been a really difficult year for a lot of people. I’m so grateful that during all of this we had people, like Margaret, who put their lives and their emotional well being on the line to keep the rest of us safe. I really don’t think we’ll ever be able to repay them.